I have been fascinated with unusual connections since I was a child. I vividly remember watching as many episodes as I could of James Burke’s television programs Connections and The Day the Universe Changed in the days before the availability of TiVo, on-demand, or the instant access internet options we all accept and expect nowadays. In these series, which aired in the late ‘70s, mid-‘80s, and mid-‘90s, James Burke would routinely expose his audience to his unique takes on history from perspectives that not only didn’t rely on the common “History is written by the victors” viewpoint that we’ve all grown up with, but often contradicted it!

One example that comes to mind is his take on how the bubonic plague facilitated the Renaissance. In Burke’s telling of the history of the transition from the Middle Ages to the reawakening, before the outbreak of the plague in Europe, there were far more serfs and peasants than the feudal system could support, so it was a buyers’ market in regard to employers looking for workers. In other words, there were more workers than there were jobs. (Sound familiar?) This meant that the Lords could and did dictate terms to their workers. When the bubonic plague hit, it dramatically reduced the population of Europe, wiping out 30% to 60% of its inhabitants (depending on country). This led to several significant changes for those that survived. Among the working class, it meant that there were far fewer of them, and consequently their labor was in higher demand. Among the landed gentry, they could not afford to imprison or kill their already decimated working class when they demanded higher wages, so better work terms evolved for the laborers. 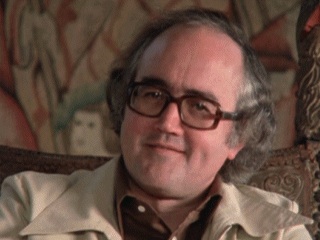 At the same time, those that survived inherited the few possessions that had previously belonged to those that perished, including their clothing. Since the workers now had a bit more disposable income, they disposed of much of their old clothing as well as some of the clothes they inherited, creating a glut of unwanted clothing. This gave rise to a new kind of entrepreneur known as the rag collector. And guess what happened to the old clothes these rag collectors collected? Much of it was converted into pulp to make paper. By coincidence, just as Johannes Gutenberg’s new invention the printing press was spreading throughout Europe, a new cheap and plentiful supply of paper became available, thus accelerating the spread of information so vital to the reawakening we know as the Renaissance.

Now, this is my relatively un-artful, CliffsNotes version of James Burke’s take on this epoch in European history. But it gives you an idea of how he thinks. And I’ve been enthralled with this way of thinking ever since I first encountered it.

When recently I came across the story of the Battle of Vienna, which occurred on September 11, 1683, it struck me that that date had to be significant to the maniac jihadists that attacked the US on the same date in 2001. While the Battle of Vienna technically didn’t end until the following day, the 12th of September, the coinciding date of the start of what would be the decisive battle in the Ottoman Empire’s attempt to take what they called the “Golden Apple” as the cornerstone in their plan to convert Europe to Islam cannot be merely coincidental! By the way, that is yet another connection: since the mid-sixteenth century the Turks had referred to Vienna as the “Golden Apple,” much as New York City is often called the “Big Apple” today.

So to garner more information about this decisive battle, I used our modern-day equivalent of the Gutenberg press, an internet search engine, to investigate further, and was startled to find that the late Christopher Hitchens had already written about the significance of this confluence three weeks after the events of September 11, 2001, in The Guardian:  https://www.theguardian.com/world/2001/oct/03/september11.usa2 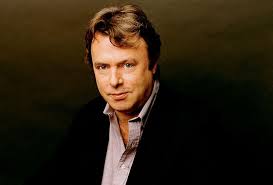 No one that was here in NYC during and after the attacks, as I was, went unaffected. So, as one who spends a great deal of time and invests too much energy in trying to understand our often baffling world, I am truly surprised that I never previously encountered this connection between the dates of the Battle of Vienna and the day we were attacked, especially given the Islamic connection in both cases, and the fact that a journalist of the stature of Christopher Hitchens wrote about it so soon after the events. 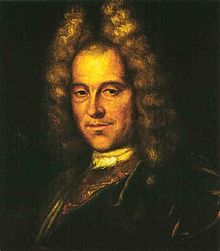 In further investigating the Battle of Vienna, I came across another, albeit more personally relevant, connection. For those of us that studied counterpoint, we all know and worked out of the Gradus ad Parnassum by Johann Joseph Fux.  Well, it turns out that Fux composed a musical commemoration of the Battle of Vienna, a Partita a tre in C major known as the “Turcaria.” Here is a link to a recorded performance of this work: https://www.youtube.com/watch?v=bMQYZFzTeyM

One last connection . . . whether apocryphal or not, I’ve heard that the croissant was created in Vienna to celebrate the victory of the Holy League Allies comprised largely of Polish-Austrian-German forces led by the King of Poland, John III Sobieski, over the army of the Ottoman Empire commanded by Grand Vizier Merzifonlu Kara Mustafa Pasha, which ended the Battle of Vienna. The croissant’s shape references the crescent moon on the Ottoman flag. So remember that connection next time you enjoy a croissant, for such connections are all around us!